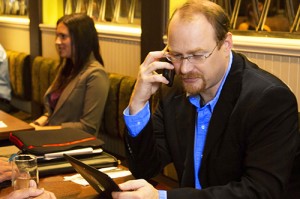 Garvin Smith was born in Saint John NB and although he has traveled and lived internationally, Kingston NB, where he currently resides, has as always been his home. From a passion to a profession, Garvin had been working with computers for over 25 years and he brings that original passion to his current professional life as CEO of Presponse Technologies Inc.

In 2008 Garvin shifted from his long time work with the Canadian Red Cross to take over as Owner and CEO of Presponse Technologies Inc.
Garvin has worked in the public, private and non-profit sectors gaining a broad range of experience and learning the value of client relations. His focus has always been to meet the needs of the client. He believes that solid, long term client relationships are the key to a mutually beneficial working partnership. His focus is on the long term, not the quick dollar. He has brought this focus to the company and is building a team focused on the client’s needs, not their own pocket books. 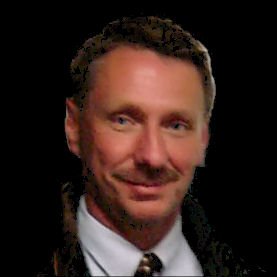 In 1974 I began my career at Nortel where I spent the first 13 years of my working life. In 1986, while still working at Nortel, I began working on the side to build my own business. The next year that little company became my ticket to independence.

Integrated Micro Systems, was ground floor in the wave of PC’s hitting the workplace in the mid 80’s. Over the next ten years IMS grew to support many companies as they replaced typewriters and ledgers with computers.

In 1994 I started Freeway Technologies, anticipating that the internet was going to have a big impact on the business world. We now know the rest of that story. Freeway flourished until 2005 when I branched out into Managed Network Services under the name IT Response.

Today, I have consolidated my specialty niches under GK Jewett & Associates . I am focused on three areas: network defence, mobile cloud services, and digital forensics.